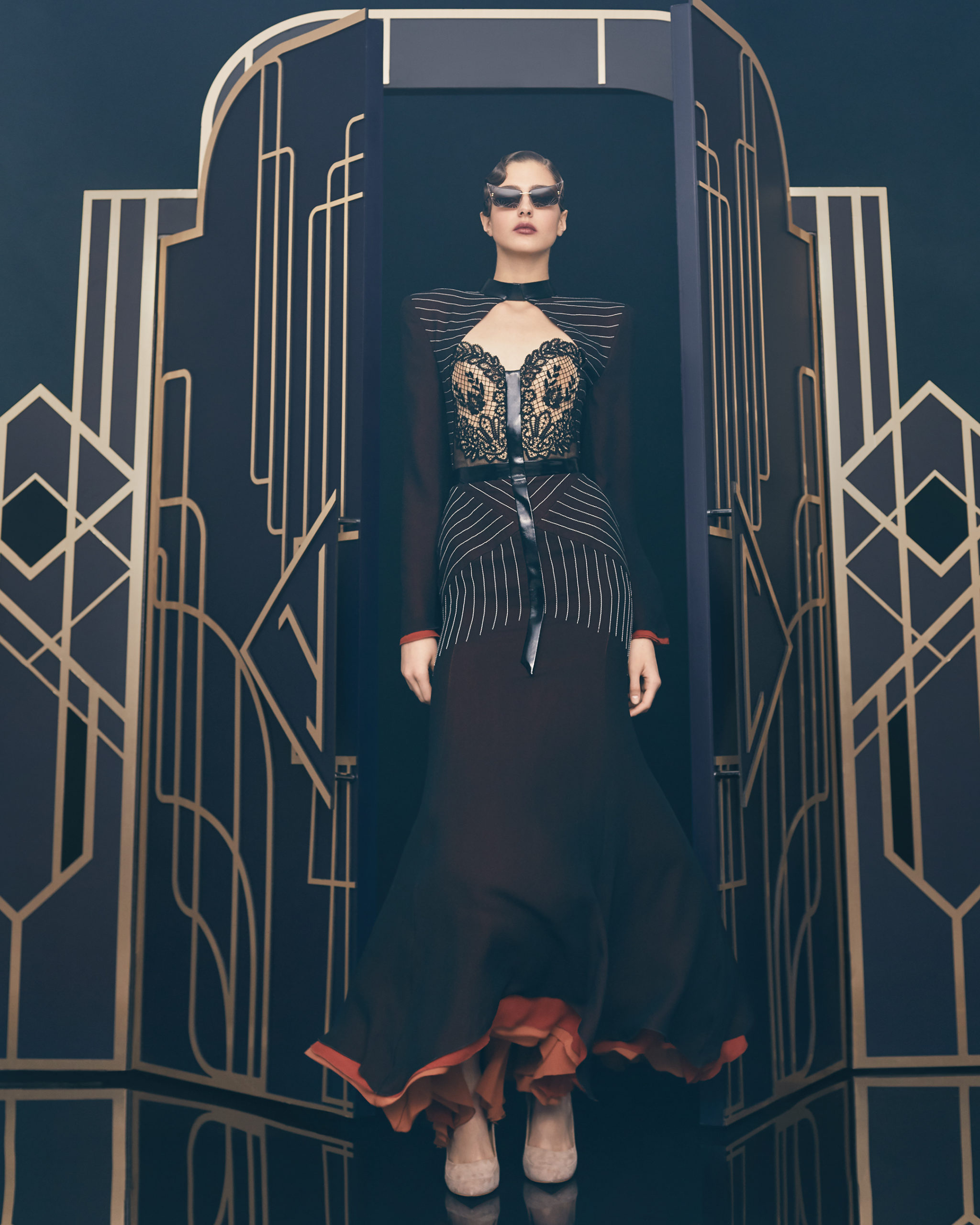 by RebeccaMarie
For its 10th anniversary, the Ulyana Sergeenko fashion House opens and celebrates with its new Spring-Summer 2021 Couture collection. The heroine of the collection was inspired by the image of Vera Kholodnaya, the most famous Russian actress of silent films.

Vera, known as "the queen of the screen," charmed audiences with her gracious beauty and the piercing gaze of her bottomless eyes, drowning in a sea of dark shadows—an image that became a classic over the short, but thrilling few years of her career. Almost a hundred years later, Ulyana pays an homage to her image and tells the story of a heroine of a new era: bohemian and romantic, strong and brave, and unflappably elegant.

Other legendary names of the 1920s share this season's moodboard with Vera Kholodnaya: namely, the sculptor Demétre Chiparus with his dancing ladies, and the artist Roman Tyrtov—better known under the pseudonym Erte—whose graphic artworks for Vogue and Harper's Bazaar embody the spirit of his time. Here are also architecture, interior décor, urban landmarks, and sculptures: New York's Empire State Building, the Lenin Library in Moscow, Vera Mukhina's sculpture "The Worker and the Kolkhoz Woman," Moscow's "Aeroport" metro station, and others.

The character of all the collection's elements and artistic approaches was inspired by Art-Déco — the ruling style of the 1920s when the icons of the brand's collection lived and worked. The style's influence can be traced through the combination of textures, the nature of the lines and silhouettes, the choice of colors, and the graphic focus of the ornamentation and embroidery. In the new collection, all of the attention is devoted, as usual, to natural fabrics, manual labor, and the exquisite quality of the pieces.

For daily appearances, Ulyana Sergeenko dresses her heroine in austere but relaxed suits with wide and slightly turned up shoulders, wide trousers, soft cardigans, and comfortable chiffon dresses. During the night she shines in dresses made of flowing, airy fabrics, with ringing fringes and transparent shards of crystal scattered over her outfits. A "fur coat" made of marabou feathers or a shawl made of embroidered silk threads is thrown over her shoulders. The lightness of evening dresses made of weightless fabrics gives plasticity to the whole image as if in front of us is a living sculpture by Demétre Chiparus.