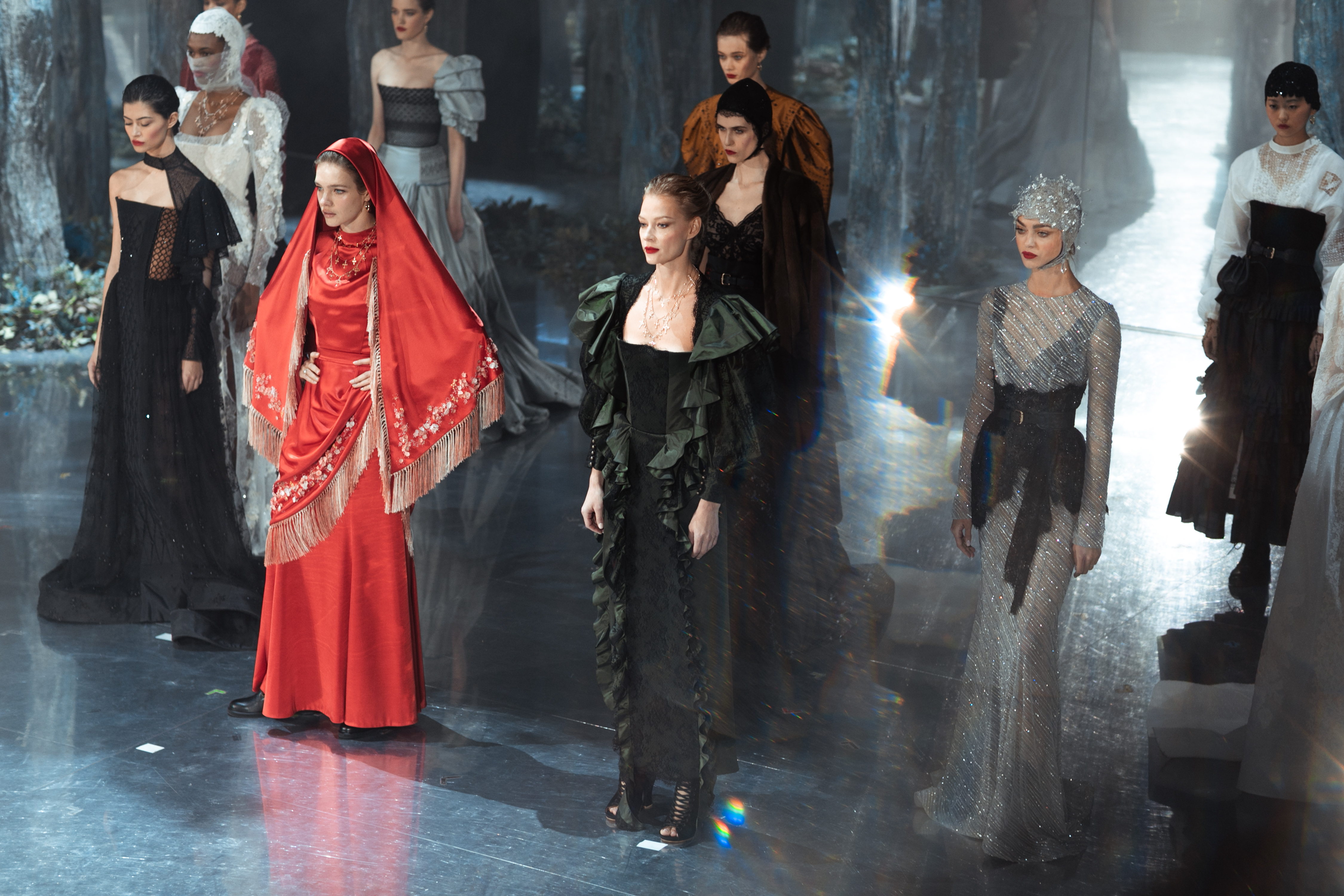 by RebeccaMarie
Ulyana Sergeenko is a storyteller. Using the medium of fashion, she keeps telling stories that express how she sees the world and the women of today. This season, inspired by Nobel prize winner Mikhail Sholokhov's epic novel And Quiet Flows the Don and by the eponymous screen adaptation directed by Sergei Gerasimov in 1957 - a story of Cossack women set during the dramatic days of the revolution and civil war in the early XX century - Ulyana takes her narrative approach one step further, devising her own movie. Entitled Sisterhood and directed by Ellen von Unwerth, with a score by Maxim Fadeev, the opus celebrates the power of female bonding in its many forms, inviting women to unite, interact, share their energy and help each other. Not differently, the collection itself is a joining of forces and collaborations, from von Unwerth to legendary corset makers Cadolle who created the bras, bustiers and lingerie, from milliner Stephen Jones, who concocted the hats and the embroidered balaclavas, to Saga Furs, who provided the skins.