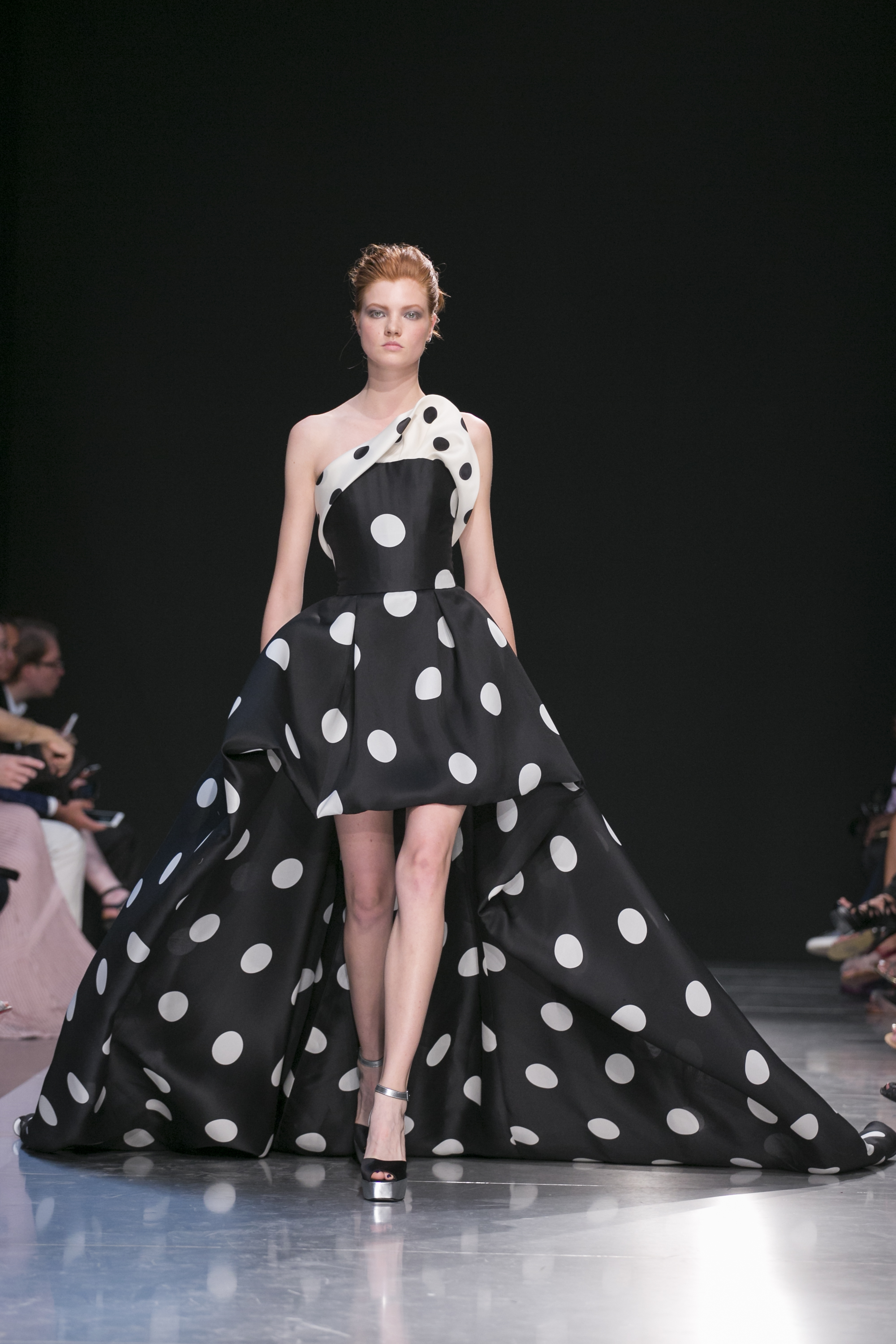 From the floral girl of last summer season to the dark mysterious woman of this winter, Georges Chakra is renewing his creative priorities. This collection is dedicated to the self-assured and graceful feline woman whose fearlessness was deepened and exaggerated. Although intense, Chakra’s new muse is still in touch with her romantic side.

The silhouettes are contemporary and elegant: short and long asymmetrical skirts, defined corsets, movements under the capes, ruffled skirts, ballerina silhouettes, draping, transparency and opacity make their play of shadow and light. The figures are enriched with bejeweled thigh-high boots for a more dramatic and sophisticated look.

The fabrics are rich; the velvet shimmers whether veined or plain, the mousseline is delicate, the lace fine, the tulle embroidered, the flowers preciously encircled like an enchanted forest, between the crystals and the Swarovski stones. The feathers are airy and sensually highlight the sleeves or the trains of the femme fatale of Georges Chakra.

This season, the Chakra woman is adorned with colors inspired by autumn. The tones and shades elicit nocturnal darkness: Prussian blue, imperial Green, Plum, Violet, Quartz and also Amber and burnt Orange… Black and White as well as bronze and silver shades glide elegantly within the dark colors.

The grand finale is spectacular as the bridal mini corseted dress, appliqué with mother-of-pearl flowers and waves of tulle, is paired with sequined thigh-high boots and draped under a hooded cloak train to celebrate the grandeur of the moment.

A large crowd of fashion lovers, press and VIPs, such as the famous French-Indonesian singer Anggun and the actress-film producer and former Miss France Sonia Rolland gave the designer a well-deserved standing ovation at the end of his show.