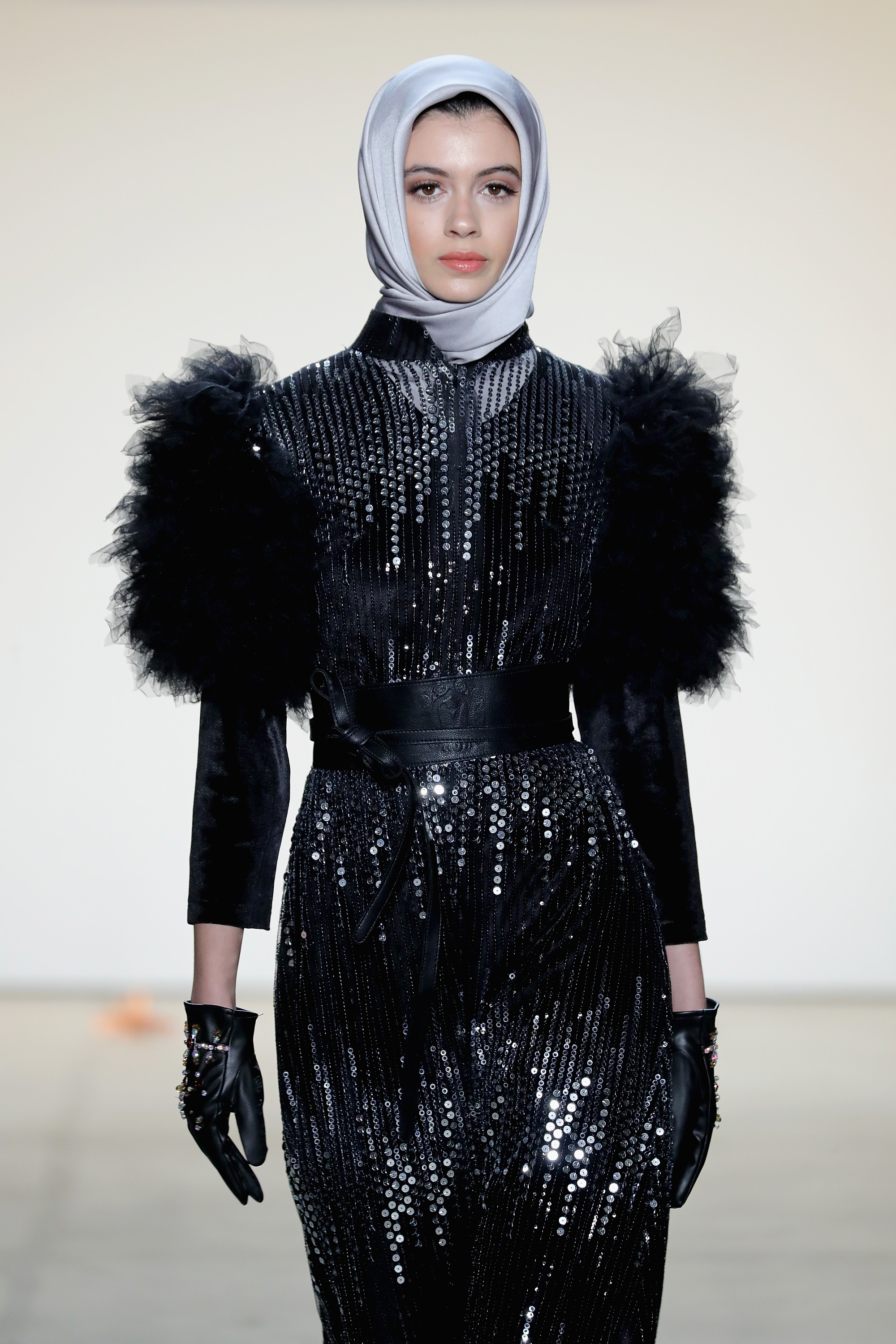 New York, NY – The moment the first model hit the runway in her all white-sequined gown, paired with a glamorous ruffled jacket the audience was in awe, and the 'Drama' had commenced. This season designer, Anniesa Hasibuan, traded in her pearls from last season for sequins, ruffles, feathers, and gold...lots and lots of gold.

Anniesa Hasibuan, the Muslim designer from Indonesian who went viral last season after showing the first collection with all Hijabi models returned to fashion week for a second season to a full house on Valentine's Day. Satin pants were layered harmoniously with feathered skirts, velvet blouse and intricate jackets created an effortlessly chic ensemble that could be worn together or as separate pieces. Sporty couture "letterman" blouses with the letter "A" for Anniesa offered a touch of whimsy and playfulness to the collection, while details like "A" embossed leather belts and jeweled leather gloves demonstrated the designer's impeccable attention to detail.